During the relatively short history of Design and Technology (D&T) education in England, the role of products has been central. The practical nature of the subject emerging from a making (craft) culture in the 80s and 90s towards designing and making. I say ‘towards’ designing and making, recognising that the effects of craft pedagogical paradigms (model) has lingered in the practice in some schools.

In the first National Curriculum (NC) programme of study (PoS) for Technology (NCC, 1990) the terms “artefacts, systems and environments” were introduced: in addition to “objects”. These terms were in many ways problematic in their meanings and common usage. For example, whilst being technically appropriate to describe objects made by human being, ‘artefact’ conjures up images of archeology and antiquity. Similarly, the public were becoming used to talking and hearing about the environment as something that they interacted with or had an impact on, but possibly not something that they designed. By 1990 the NC PoS for D&T[1. replacing Craft Design and Technology (CDT and Home Economics (HE) under the original Technology banner.] the terms “artefact” and “environment” were replaced by the more tangible and user friendly “product” (DFE, 1995). Systems remained as a term, but almost in a separate category to products (systems and control). 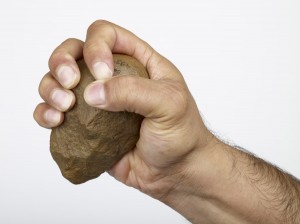 In many ways this simplification could be seen as a positive thing in the short term. It identifies a tangible and physical object that is understood as being designed. However, I would argue that the focus (may be even fixation) on products in D&T has hindered the development of pedagogical models. The Focus Practical Task (FPT) and Design and Make Activity (DMA) work toward a product, and the strong motivator in D&T in may schools has been to have a ‘take home product’ that appeals to learners and parents. This is a laudable aim and engages many learners, where interesting products are being made. 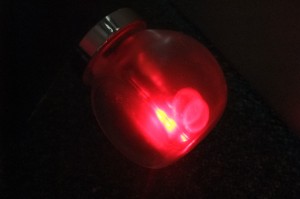 The problem comes when the product becomes central and design contexts are overlooked, not to mention the learning objectives, experiences and/or outcomes. What happens to open ended activities that are not restricted by materials, tools and equipment available in school workshops, studios and kitchens? So called blue-sky thinking and designing. Also, what happens when you work through a considered and thoughtful design process and decide that the best solution is not to have a product? A difficult question for us in D&T!

This blog post comes from a discussion around the reform of the the National Curriculum currently underway. last week. The meaning of ‘product’ was identified a problematic and possibly restricting. It was discussed whether to define ‘product’ or to extend it to ‘products, systems and services’: services being ‘products that aren’t products’ (i.e. intangible products). The suggestion was also made to re-include “environments”. Both of these arguments (elaborate or expand) have merit, but it got me thinking (and possibly understanding a bit better) some aspects of Pragmatism[2. The philosophical movement, rather than just being or acting pragmatically.] proposed by Richard Rorty. Rorty talks about language as an imprecise tool, and philosophy concerning itself with redescription of meaning (Rorty, 1979). There is a risk that the debate could get lost in an endless redescription, but it is an important question.

So should we elaborate or expand? In short, I don’t know, but it is clear (to me) that a designed object (or artefact[3. I quite like artefact as a technical and academic term, but wouldn’t suggest it as a description to be used in curriculum documents!]) in D&T could be:

We do products quite extensively (possibly exclusively) and to some extent systems (in schools where electronics or systems and control is taught), so maybe the new frontiers for D&T is services (non-tangible products) and/or possibly a revisiting of designed environments…

“But if we could ever become reconciled to the idea that most of reality is indifferent to our descriptions of it and that the human self is created by the use of a vocabulary rather that being adequately or inadequately expressed in a vocabulary, then we should at last have assimilated what was true in the Romantic idea that truth is made rather than found. What is true about this claim is just that languages are made rather than found, and that truth is a property of linguistic entities, or sentences.” (Rorty, 1989: 7)

DfE (1995). Design and Technology in the National Curriculum. London: Department for Education.

NCC (1990). Technology in the National Curriculum. London: Department for Education and Science and the Welsh Office.